Winners of the Friend of Hungary Award 2021 announced 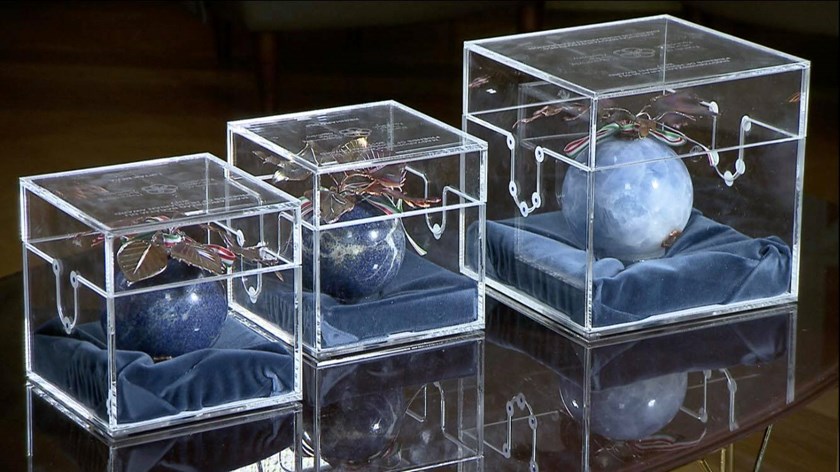 ANIKÓ GÁAL-SCHOTT, "the bridge to the Washington area community for Hungary"

Anikó Gáal Schott was forced to flee Hungary in 1956, at the age of 12. She went with her family, making the difficult trip across the border into Austria, then moving to Canada, where she would eventually complete a Bachelor of Science in biochemistry at Concordia University before studying dentistry at McGill University.

Gáal Schott eventually founded A. Gaal & Associates, a Washington, DC based design and consulting firm, and even served on President George W. Bush’s Cultural Property Advisory Committee from 2003 to 2006. She has been active in numerous charities, many of them involving Hungarian causes. For decades she has supported Hungary and Hungarian interests in the United States and other international forums.

A significant contributor to Gáal Schott’s nomination was her involvement in the creation of the American Hungarian Federation’s Commemorative Symposium, “The Treaty of Trianon, A Hungarian Tragedy.” A total of 30 thousand US dollars was raised thanks to Gáal Schott’s efforts in executing the symposium. She was able to expose the symposium to a global audience thanks to her wide circle of Hungarian connections, especially in DC, where she has been described as “the bridge to the Washington area community for Hungary.”

Haynalné Kesserű is both the editor and publisher of her newspaper, which she has been operating since 2005, publishing articles in both Spanish and Hungarian. The founding of the newspaper was especially important, since the last Hungarian media outlet in Argentina, which had been operating since 1929, was discontinued one year prior. She is also responsible for the establishment and operation of the Hungária Circle of Book Friends, Book Lending, and Archives the only Hungarian library of its kind in South America, since 1976.

She is considered among her Hungarian Argentinian peers to play a fundamental and overwhelmingly beneficial role in the diaspora thanks to her service to the community and her protection of Hungarian identity and language abroad. Haynalné Kesserű has received support not just from the many key individuals in the Hungarian community, but also from the Association of Latin American – Hungarian National Organizations (LAMOSZSZ), recognizing her work for the entire diaspora.

THE "EUROPA"-CLUB, a cultural center for Viennese Hungarians Founded by '56 Refugees

Based out of Vienna, Austria, the Europa-Club is a cultural center for Viennese Hungarians, which was established in 1964 by Vienna’s large Hungarian refugee population which settled there following the 1956 revolution.

Young Hungarian refugees in Austria had lost much after the revolution, and were looking for a community of similar people to overcome the linguistic barrier that involved their naturalization into Austria. Originally, the club had primarily served as a gathering place for young people, with 26 young Hungarians in their 20s signing their membership in 1964. It would only be until 1967 when the focus would shift from a place to have fun to a place emphasizing the need to protect Hungarian culture. In 1967, the club created “integratio,” a newspaper presented in both German and Hungarian. It was soon renamed “Europa”-Club in December of that same year, 10 years before it began publishing regularly.

For a period, it seemed like the club would fall apart due to a lack of support, but following a sudden attention from other groups and clubs, it was revitalized and set out the intellectual foundations of its operation. It was in 1972 that the community developed the mentality of viewing itself as a cultural group of 56-ers. Today the “Europa”-Club is a key contributor to the protection of Hungarian culture and identity in Vienna, organizing social and cultural events for Hungary's Austrian diaspora.