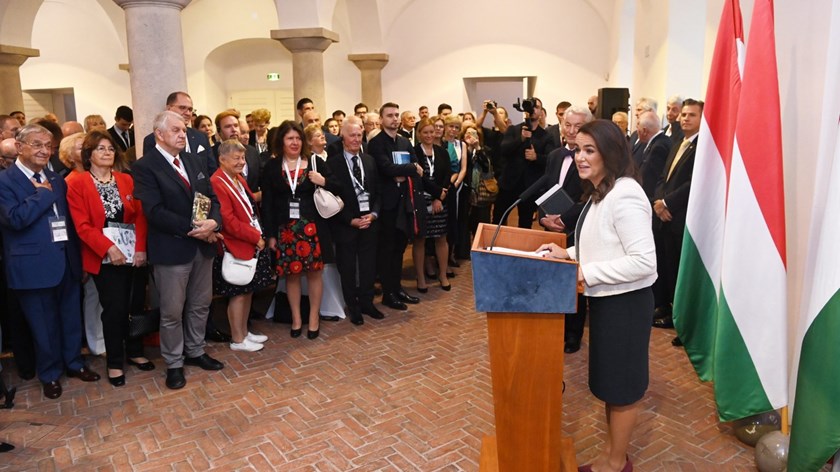 Committed people from more than 20 countries, who want to and can do something for Hungary, are meeting at the VIII Conference of the Friends of Hungary Foundation this weekend in Budapest. The event was opened on Friday afternoon at Pesti Vigadó by the President of the Foundation, E. Sylvester Vizi.

The members of the Foundation are united by a spiritual impulse, they are Hungarians or love Hungarians, underlined the President of the Foundation before welcoming the Minister of Culture and Innovation, János Csák, whose speech served as the opening of the three-day program.

Echoing the words of E. Sylvester Vizi, minister János Csák emphasized that culture in a broader sense is what brings us together. The future of Hungary depends on our ability to use Hungarian intellectual capital in a way that generates additional profits in Hungary, he said.

According to Csák, the Ministry of Culture and Innovation is the ministry of the future, because the results of the ministry will not be visible in the short term, but in 3, 5 or even 10 years.

When you build roads, you must first answer the question of why and then the question of how, the politician explained. In his presentation, he talked about how Fidesz’s policy answers the question to the “why” with regards to four eternal human goods: the bond of belonging, the ability to care, the balance needed to enjoy the first two, and peace and security.

The answer to the first question is that society must be rebuilt and that this is done through families, which need proper family policies, the politician stressed. The freedom to decide when mothers return to the labor market should also be guaranteed. The financial situation of families should be improved through tax relief and tax reductions.

This kind of family policy presupposes a strong economy as a condition, which means the development of businesses, Csák stressed. The goal is to have many small enterprises for a strong economy, for which innovation is essential. Workshops must be established within the small enterprise system and information exchange must be made more efficient to create more innovation, he explained.

Higher education is a very important element in this value chain, which is why the government has established university foundations. The government spends 2% of Hungary’s GDP on supporting university research and the war in Ukraine will not change that, he emphasized.

Balázs Orbán, the Prime Minister’s Political Director, spoke about Hungary’s strategy, role, and opportunities in the changing world order at the VIII Conference of the Friends of Hungary Foundation.

He recalled that the ancient Greeks believed that the world had two states, cosmos and chaos, and the government believes that the world is currently moving from orderly cosmos towards chaos, where there are no points of reference.

“Our responsibility is to do everything we can to ensure that this does not happen, but it probably will,” he noted. According to Balázs Orbán, the pandemic, the war, the return of the cold war logic are not isolated events, but part of the above mentioned global transition.

He said that history shows that when the world order has moved from cosmos to chaos, the response of the major actors has been building blocs. “A thousand years of Hungarian history show us that this is not good for Hungary. We have to use all our means to push events in the direction that the creation of blocs should happen as late and as little as possible,” he explained. If the blocs are created, the strategic goal is for Hungary and its region to be autonomous. “This does not mean, of course, that we want to be a completely closed territory, oblivious to the rest of the world, but that we want to be naturally linked to alliances,” he noted.

Balázs Orbán recalled that for Hungary to be relevant in the world, it is essential that the country performs well in economic, military, political, and cultural terms.

On the war in Ukraine, Balázs Orbán said that most major powers have something to gain from the war, but Europe can only lose from it. He stressed that the Hungarian government was not in favor of prolonging the war, but of peace. He also pointed out that the EU’s sanctions are doing more harm to Europe than to Russia.

The Friend of Hungary Award was also presented on the first day. This year's winners are János Miska, Dr. Susan Papp Aykler and the Hungarian American Coalition.

On the second day of the Conference Hungarian President Katalin Novák has welcomed guests of the Foundation with a speech emphasizing family values and loyalty towards one’s own national community.

“If someone goes into the trouble of getting to know us, they will experience that being a friend of Hungary is perhaps not so difficult, instead it is a rewarding task and commitment”, said the President of the Republic. The Head of State stressed that we have many friends all over the world and there is an increasing number of them, but one of our tasks is to make the voices of our friends louder.

In the past decades, Hungary’s friends have perhaps been quieter than they should have been, or quieter than those who do not know Hungary and therefore do not love it as much, said Katalin Novák, thanking the Friends of Hungary community for their supportive statements and for helping the world to get to know Hungary.

The President also spoke about the compatibility of starting a family and fulfilling professional life, the Stipendium Peregrinum program to support talented young people and the building of a family-friendly Hungary.

She recalled that in order to make a focus on family an internationally attractive perspective, she had launched a network of family-friendly presidents. She said that she would like to create a network of presidents who are united by their aim of being family-oriented.

The President also spoke about Hungary’s support for persecuted Christians around the world, the war in Ukraine and the challenges ahead. She pointed out that the war on Hungary’s southern borders, in the Western Balkans, ended some twenty years ago, Hungary is a country that has experienced war in its immediate neighborhood twice in the last three decades, after the Second World War.

Sylvester Vizi, President of the Board of Trustees of the Friends of Hungary Foundation said that more than 200 people from 25 countries on five continents had come to the event.

He stressed that the survival of our national existence depends on families, families living in the Carpathian Basin and all over the world. He said that Hungarian families around the world carry Hungarian culture and the Hungarian language, which makes us special in the middle of Europe and into an incredible cohesive force.

After the visit to the President, the members had the opportunity to present their work in the diaspora at the Friends of Hungary Expo. At many booths they showed what they are engaged in privately or in a Hungarian organization abroad.

Furthermore, parallel breakout sessions were held entitled “Hungarian organizations in the diaspora”, “Hungarian culture and science in the world” and “Central European work group”, in which the members shared their thoughts regarding the topic.

On the third day of the conference the guests visited the Brunszvik Manor in Martonvásár.

More detailed info on the speeches can be found at: 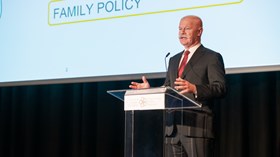 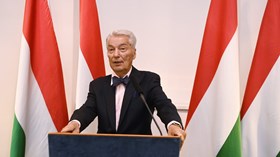 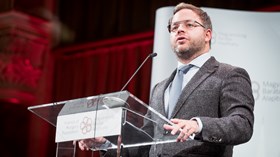 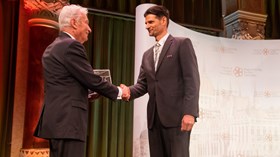 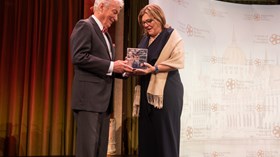 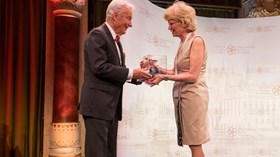 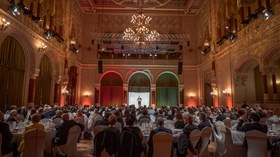