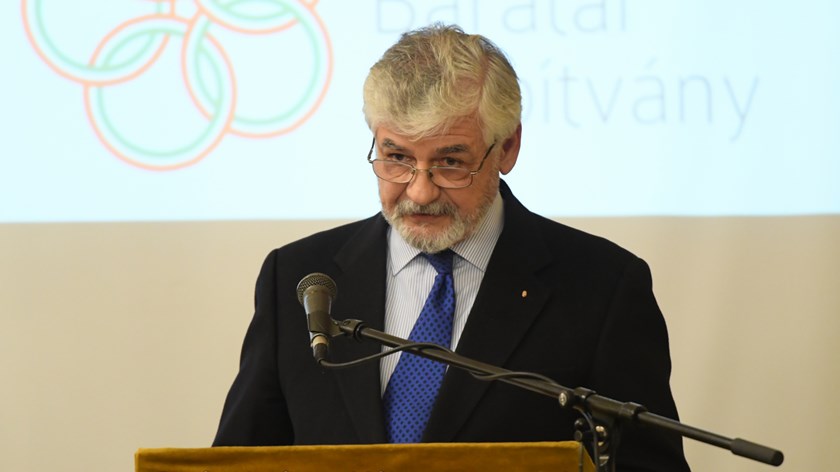 The 45 years of communist dictatorship in our homeland transformed its society, subordinated its citizens under the State, and whipped out the people’s dignity. Hungary’s sovereignty ceased. The sense of national identity was destroyed. Hungarians lived in uncertainty, isolation, and fear. Here, in the Nation of Virgin Mary, the nation of Saints, a God-denying and intimidating oppressing system was established.

Those who fled in time from the prevailing very rough conditions, and their children born already far from home, lived in host countries as the circumstances allowed.

Common ground among those displaced was a deep feeling of emptiness and homesickness for the unforgettable Homeland. In our hearts beats love for Hungarian-ship. Where conditions permitted Hungarian communities were created, so Hungarian traditions were promoted and kept alive with dignity.

The Hungarian revolution of 1956, was a huge shout-out, heard on every corner worldwide. The credibility of communism saw its end. The free world got to know what Marxist-Leninist ideology is capable to do. Many ten thousands of Hungarians had to sacrifice their life in order that the world could finally understand the nasty behavior of communists and how violently they can treat people.

33 years after, in the perspective of Christ’s entire life span, on 1989, Hungary started its resurrection.

After 33 years freedom started again. As the Soviet army left our country, Hungary’s sovereignty was restored. One can feel the positive impact of freedom. Hungary withdrew from the Warsaw Pact and the COMECON, became member of NATO and the EU. Slowly Christian values are returning to our daily life. The policy protecting National Values is gaining ground, far above of the left, globalist, and liberal propositions. Hungary begins to consolidate a place of dignity in Europe. In this process, through various significant initiatives, the national identity is strengthening – noticed by the entire world.

The Friends of Hungary Foundation has, is and, I’m sure, will continue helping Hungary to gain further international recognition.

The “Remigrates” series initiative is not only containing excellent stories, but also outstandingly encouraging Hungary’s revival.

My warmest thanks to Professor E. Szilveszter Vizi, for launching this exceptional series! My thanks to the editor, Peter Gyuricza, and to the organizer, Orsolya Karlocai, for their outstanding effort!

In the stories it becomes clear that those who were interviewed hold a deep feeling of love for the Homeland in their hearts and souls. One can feel the common denominator that Compatriots of abroad and those already back are ready to serve the nation, wishing that the next generations can live in a Hungary where freedom, sovereignty, independence and dignity prevail, preserving our historical values which since more than 1000 year are tying up our Homeland to God.