Visit at the Kodály Conservatory in Athens

The Kodály Conservatory in Athens

The Athens-based Kodály Conservatory is one of the most important institutions of Hungarian interest in Greece. It helps to improve the public image of Hungary and Hungarians in the country by use of cultural tools, particularly music. Michalis Patseas acted as the President of the International Kodály Society between 2011 and 2015 and helped shape this image worldwide by promoting the heritage of Zoltán Kodály.

The Kodály Conservatory was founded in 1989 by Michalis Patseas, with Valentinos Patrikidis as its first artistic director, under the auspices of Madame Sarolta Peczely-Kodály. It is hosted in an elegant building specially designed for its purpose in Halandri, a northern suburb of Athens, the capital of Greece.

Kodály Conservatory has departments covering most of the Classical music instruments, singing, music theory and composition. It provides diplomas certified and recognized by the Greek state for all of them. Beside them it has departments for Old music, Popular music, Traditional Greek music, Music theatre as well as Music Therapy and Special Education.

Greek Kodály Institute is a special department of the Conservatory offering professional training in Kodály’s Music Pedagogical Method and in Choir Conducting. Finally, Kodály Conservatory is proud of its musical ensembles, Orchestras, Mixed and Children’s Choirs.

Kodály Conservatory has accomplished many things during the thirty years of its existence:
It boasts for its alumni: more than a hundred of them are important music professionals in various subjects, including some famous opera singers, pianists and conductors. Tens of them teach in Conservatories, State Music High-schools, and general schools. Many continue their studies in Music Universities around the world.

It plays an important role in popularizing Hungarian Art Music in Greece, alone or in collaboration with other Greek Institutions like the Athens State Orchestra, the National Opera of Athens and the National Radio Orchestra: Kodály (Psalmus Hungaricus, Peacock Variations, Dances of Galánta), Liszt (Dante Symphony, Piano Concertos), Bartók (Viola Concerto) as well as many Choral and Chamber music works of many contemporary Hungarian composers.

Thanks to the cooperation with the Zoltán Kodály Pedagogical Institute of Music of the Ferenc Liszt Academy of Music, the alumni of the Greek Kodály Conservatory can continue their studies in Hungary and pursue bachelor and master’s degrees in many musical subjects! Many hundreds of Greek musicians have attended the International Kodály Seminars in Kecskemét while many Hungarian Soloists and Master Teachers have taught in Seminars organized in Greece.

A big concert is organized in collaboration with the Embassy of Hungary in Athens, in December 12, 2018, marking the beginning of the festivities for the 30th anniversary of the Conservatory’s inauguration. 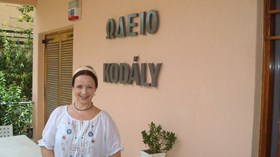 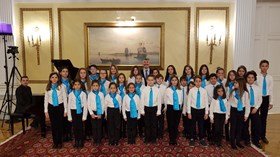 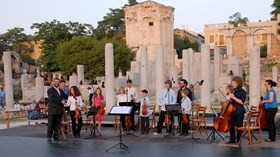 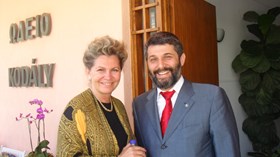 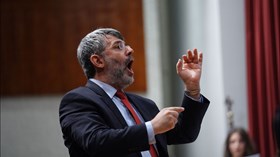 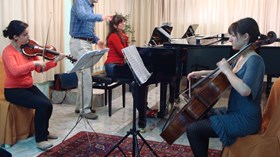 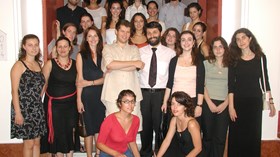 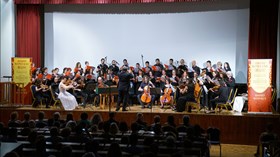