The Zoltán Kallós prizes were awarded 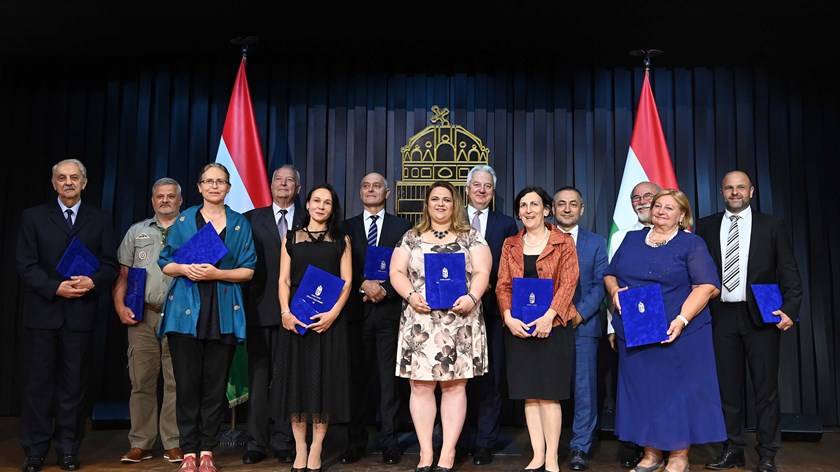 The foundations of the state-founding Saint Stephen are our survival, and our task today is still to be state-builders, said Deputy Prime Minister Zsolt Semjén on the occasion of the National Day at the award ceremony of the Zoltán Kallós Prize for Hungarians abroad on August 19, 2021 at the Carmelite Monastery in Budapest.

Zsolt Semjén stressed that it is the right and duty of every nation to serve the interests of all humanity; every nation is a unique and unrepeatable value; every nation that disappears from history leaves all humanity irreplaceably poorer, which is why "it is our duty to preserve our Hungarian identity, because only we can pass on this wealth of values" to all humanity.

Zsolt Semjén quoted Zoltán Kallós, the late national artist, Kossuth Grand Prize-winning ethnographer and late member of the Hungarian Academy of Arts, who said, "We will be Hungarians as long as we sing and dance in Hungarian."

The Deputy Prime Minister stressed that a nation, especially a small nation, can only survive if all its members are proud to belong to it. In his opinion, it is important that "we can see the world" in Hungarian, because we are the "heirs" of a wonderful treasure that enables full human development and represents a wealth of values "that we could not achieve in any other language or culture."

Referring to the words of Zoltán Kallós, Zsolt Semjén said, "Our mother tongues, music, dance and spoken language, keep us alive and help us to bring out of ourselves what God has given us as a talent. It enables the development of the individual and the survival of the Hungarian nation."

He said that in fighting for Hungary, we recognize the task of every nation to preserve itself for general humanity. "Our concept of nation rejects two extremes: the chauvinism that does not value national existence and the chauvinism that denies other nations the right to exist," he said.

The prize is awarded to Hungarian and foreign individuals and organizations that have rendered outstanding services to Hungarian communities abroad in the fields of public life, education, culture, preservation of national heritage, church life, science, mass media and economic self-organization.

The prize is awarded by the Prime Minister on the proposal of the minister responsible for national policy and is accompanied by a commemorative plaque and prize money of one million forints per person or organization.

This year the prize was awarded to:

- Angéla Ferencz, ethnographer and community organizer, is known as the organizer of the Early Music Festival in Csíkszereda,

- the Jókai Theater in Komárom,

- the Hungarian Scout Association of the Transcarpathians, and

The awards were presented by Zsolt Semjén and János Árpád Potápi, State Secretary for National Policy.