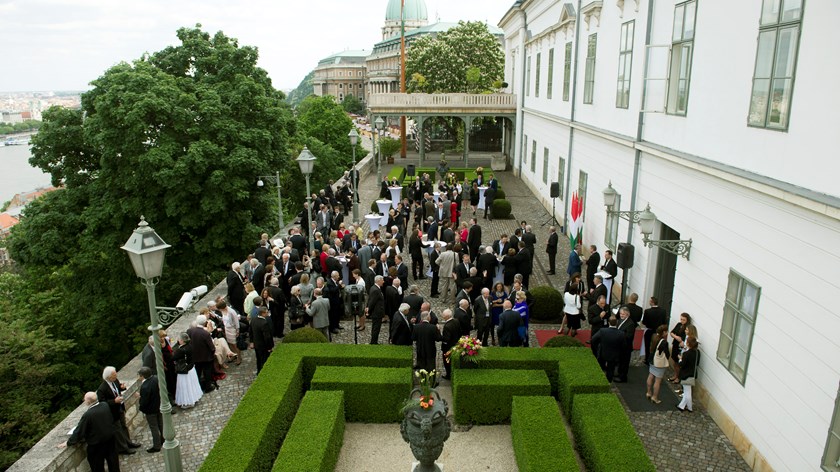 On the first day of the second Friends of Hungary Conference, the Friends of Hungary community was received by President of the Republic János Áder and his wife Anita Herczegh at the Sándor Palace, the President's official residence. After a sightseeing cruise on the Danube, the guests participated at a dinner at the Vigadó Concert Hall. On Saturday at the same venue, two panel discussions were held on the perception of Hungary abroad and visions for the country's future, followed by a lecture by Minister of Justice László Trócsányi on the international comparison of Hungary's new Fundamental Law. The keynote speaker of the Conference was Prime Minister Viktor Orbán. On Saturday afternoon, members of the Friends of Hungary community gave their remarks on how the Friends of Hungary Foundation's work be made more successful. Before and during the gala dinner, the Hungarian FolkEmbassy ensemble played folk music to enable guests to experience the folk music heritage of the Carpathian Basin. 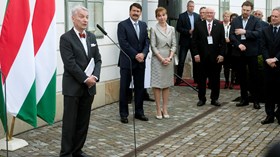 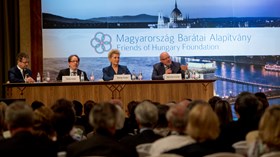 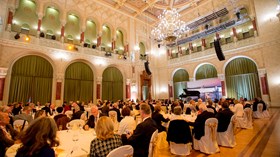 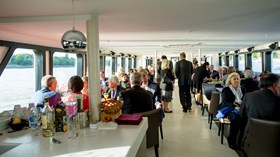 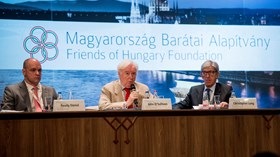 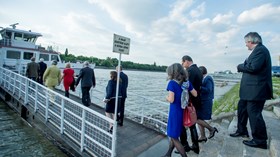 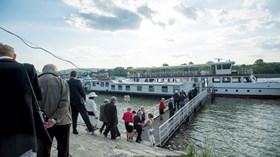 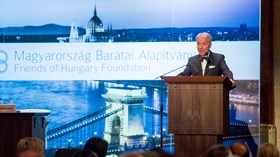 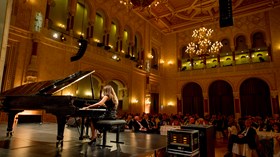 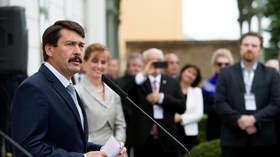 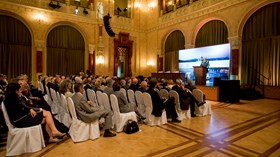 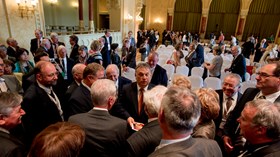 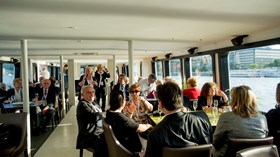