Second day of the Friends of Hungary Online Conference 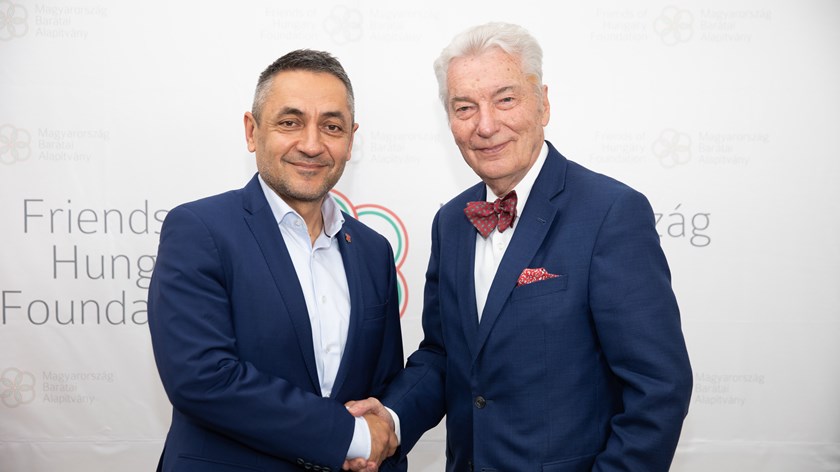 Being Hungarian is not a question of origin, but rather a commitment to a culture that has been thriving for centuries. On the second day of the Friends of Hungary Online Conference, guest speaker Árpád János Potápi, State Secretary for National Policy, explained in detail how Hungary is a cultural nation, built on centuries of hard work which we can all be proud of.

The host of the conference and president of the Friends of Hungary Foundation, Professor E. Sylvester Vizi, introduced members once again to the state secretary, who spoke about the history and origin of the concept of Hungarian national policy, as well as the current state of Hungary identity and the Hungarian diaspora.

After addressing the many members listening in from places like the Rocky Mountains, the Canary Islands, and at home in the Carpathian Basin, State Secretary Potápi began his account of Hungarian national policy.

Hungarian national policy is a unique concept which came about in the last 150 years, following the Austro-Hungarian Compromise of 1867. It was at this time that the Hungarian state made Hungarian identity both at home and abroad a talking point in the National Assembly.
While the original plan of bringing Moldavian Hungarians back to Hungary was unsuccessful, the government was able to settle thousands of Bukovina Szeklers to Hungary. While this was an impressive milestone, Hungary was essentially forced to take its national policy even further after the First World War.

„We can only really begin speaking about national policy when we lost the world war and in 1920 the Trianon peace dictate was forced upon us, leading to the country’s territory being reduced to less than a third of its size.”
Trianon ended up taking almost half of the Hungarian population out of Hungary. Regardless of what was done in that period for them, it all needed to be restarted after the fall of the Iron Curtain, when Hungary regained its agency in full.

It was after the regime change that Hungary began institutionalizing national policy, with a notable milestone being reached in 2001, when Hungarians abroad became legally recognized by the state as Hungarians, providing them similar privileges to citizenship.
While in 2004 the referendum to give Hungarians abroad dual citizenship was unsuccessful, it was finally passed in 2010 with the election of a Fidesz government. The equal status of ethnic Hungarians abroad, as well as national political events, such as the Day of National Cohesion on June 4, were passed into law.

Fidesz’s legalization of voting rights to all ethnic Hungarians proved to be in its benefit in both 2014 and 2018, when the overwhelming majority of Hungarians outside of Hungary voted to elect the current governing party. The state secretary thanked Hungarians for their continued support.
There are currently around 12.5-13 million Hungarians in the Carpathian Basin, and around 2-2.5 million Hungarians in the diaspora, including those who may not speak Hungarian but identify with the nationality.

Potápi said that while identifying with a Hungarian identity is important, Hungary places special importance on language, as this is what allows people to embrace Hungarian culture completely. „Our priority is to defend and strengthen Hungarian identity, of which one of the main foundations is the Hungarian language. (…) Connection to the Hungarian nation is not a question of origin, but rather the commitment to a culture.”
Hungary is a cultural nation which “we all built and created together in the past centuries.” The state secretary emphasized how something as simple as the renovation of a church can pride one in the ingenuities of their ancestors.

It cannot be ignored, Potápi said, that in the past few years the framework of the nation political system could grew tenfold. There is practically no settlement in the Carpathian Basin where the Hungarian government has not contributed in some manner to development, whether in terms of building schools, renovating cultural and historic buildings, or supporting local organizations. There are also large sums of financial support going towards diaspora communities, helping the diaspora pursue their goals of strengthening the global Hungarian community and the image of Hungary internationally. „We often say that those Hungarians living across the ocean or in Western Europe, whether they want to be or not, are all Hungarian ambassadors, because through them comes people’s interpretation of what Hungarians are like.”

Professor E. Sylvester Vizi brought up Katalin Karikó, the Hungarian biochemist thanks to whom billions of vaccine doses of Pfizer-BioNTech are being produced. Her daughter, Zsuzsanna Francia, is a two-time Olympic champion in rowing. Potápi commented that Francia had already received a mother-baby package from the Hungarian consulate for her newborn child, and that Karikó is perhaps the most well-known Hungarian today.
The Hungarian nation is increasingly cohesive, and while the pandemic situation has complicated opportunities for connections between Hungary and the diaspora, Potápi hopes that these ties will continue to grow, especially in allowing young diaspora Hungarians to visit Hungary.

Before members of the Foundation began their second day of workshops, Professor E. Sylvester Vizi concluded their discussion with the state secretary by bringing up that hopefully the Friends of Hungary Foundation will be able to meet in person in September. 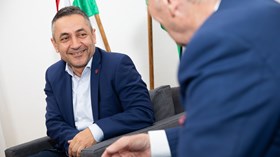 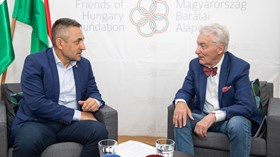