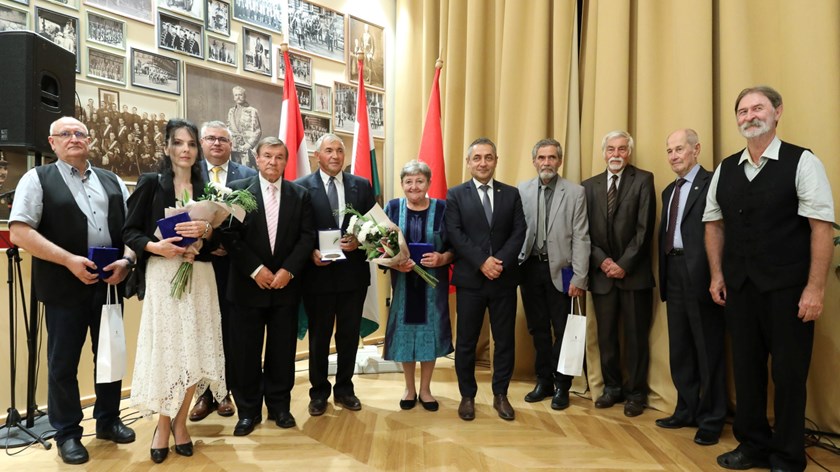 Since 1995, the Prime Minister of Hungary has awarded the prize in recognition of the sacrificial work of the Hungarian community abroad. The prize was presented by Árpád János Potápi, State Secretary for Hungarian Communities Abroad.

The prize is awarded to Hungarian and foreign individuals and organizations who have made outstanding contributions to the Hungarian communities abroad in the fields of public life, education, culture, preservation of the nation’s heritage, church life, science, mass media and economic self-organization.

A maximum of ten prizes may be awarded each year. The prizes are awarded every year on the occasion of the feast of St Stephen, King Stephen, on 20 August.

The prize is awarded by the Prime Minister on the basis of a proposal made by the Minister responsible for national policy.

The 2022 recipients of the Zoltán Kallós Award for Hungarians Abroad are:

Zsolt Bogdán, born in 1964 in Miercurea, is the winner of numerous prestigious professional awards, who has been performing in the leading roles of theater productions and solo performances in Cluj-Napoca for almost three decades and has also played several film roles.

Tibor Kolozsi, born on 16 April 1965 in Gyergyóditro, is a prominent figure in Transylvanian sculpture, whose work includes the restoration of emblematic works such as the Statue of Matthias in Cluj and the Statue of Liberty in Arad. His outdoor works include the bust of Domokos Szilágyi in Satu Mare, the full-length statue of the founder of the city, István Bocskai in Salonta, and the Holocaust Memorial in Cluj Napoca. Over the years, his name has been juxtaposed with that of János Fadrusz in a number of contexts.

Árpád Márton, born on 6 October 1940 in Gheorgheni, was, in addition to his artistic activities in Szeklerland, a cohesive and distinctive personality of the artistic community in Chios and one of the founders of the Gheorgheni Artists’ Camp. His monumental works in Chisinau include the ceramic mosaic Cantata profana in the theater hall of the Municipal House of Culture, 1967, and the mural in the altar of the Millennium Church, 2004.

The Pázmaneum Civic Association, which is being recognized for its work in the service of Hungarian Catholics in the Highlands, strengthening national identity in the spirit of the spiritual heritage of Cardinal Péter Pázmány and his servant of God János Esterházy, and in the spirit of fundamental human values and Christian morality. Its inaugural meeting was held on 2 October 2005 in the parish of Baka.

Eszter Szobiné Kerekes was born on 16 January 1945 in Búcs, and has been a member of the Association of Hungarian Teachers in Slovakia since its foundation and a founding member of the Kindergarten Teachers’ Society. She is the creator and designer of the collection of dolls dressed in folk costumes, which presents the Hungarian costume tradition in Slovakia. For several decades he has been a pioneer of rural tourism in the Highlands.

Martonos Brotherhood Cultural Association – In honor of the 100 years of rich cultural life of Martonos, and in recognition of the wide-ranging activities of the Association, through its various specialized groups, for the benefit of the Hungarian people, in preserving values, reviving traditions and building community. This year, 2022, the Association will celebrate the 100th anniversary of the cultural life of Martonos.

Petőfi Sándor Hungarian Cultural Association, Muzslya – In recognition of the Petőfi Sándor Hungarian Cultural Association of Muzslya, celebrating its 75th anniversary, for its steadfast community activity in the field of preserving the mother tongue, passing on Hungarian cultural values, cultivating folk traditions, and especially in the promotion of zither culture.

Lajos Bence, born on 1 July 1956 in Göntérháza, Hungarian poet and former director of the Hungarian Nationality Information Institute in Muravian, former editor-in-chief of the weekly Népújság, member of the external public body of the Hungarian Academy of Sciences, who has served the survival of the small number of Hungarians in Muravian for decades not only with his “Written Word” but also with his wide-ranging public, cultural, educational and scientific activities. His academic interests include Hungarian literature, fine arts and ethnography in Slovenia, as well as demographic, migration, educational and general sociographic studies of this national community. For several years he taught literature, minority literature and literary theory at the Faculty of Education in Maribor. 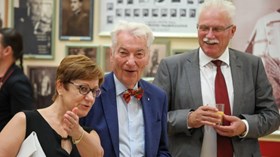 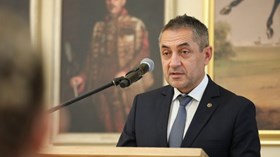