’Patriotism does not depend on one's whereabouts’ 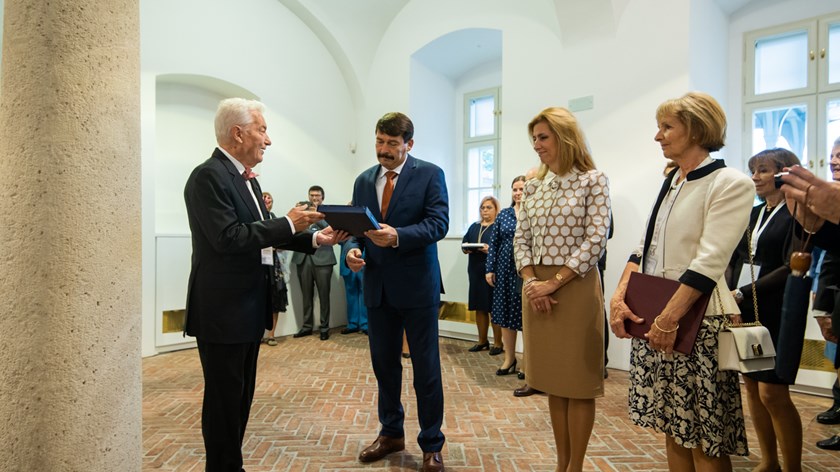 The year 2021 is a celebratory year for the Friends of Hungary Foundation, not only because it was once again able to hold its annual world meeting, the VII Friends of Hungary Conference, after it could not take place it due to the pandemic, but also because it celebrates its 10th anniversary this year. On the occasion of the anniversary, the Foundation has published an artistic album, in which Prof. Dr. E. Sylvester Vizi, President of the Foundation, writes the following:

"The story of Friends of Hungary began in 2008, when I talked with Viktor Orbán and János Martonyi about the challenges and opportunities of the 21st century. About what the exponential development of science, including natural sciences, led to in the 20th century. We analyzed how the unleashing of nuclear energy, the IT age, automation, the information revolution, and its transformation into a global system have made man unprecedentedly vulnarable, while at the same time providing the individual and the larger community, the nation, with the opportunity to connect and adopt the achievements of science and economics in a timely manner."

These thoughts led the founders to create a community of interest. President Vizi continues in the introduction: "We thought that the members of this community of interests could be Hungarians living in the diaspora, successful in science, culture, economy and public life, or those who, for family or other reasons, like and respect our nation and agree with our goals, and furthermore, through their opinions, can improve the often untrue image that has been created about our home country."

The Friends of Hungary community, organized by the Foundation, has 450 members living in 45 countries around the world. They are outstanding representatives of international academic, artistic, business and social life, as well as opinion leaders in their countries and communities. They are united by their commitment to strengthening national cohesion.

The volume presents all those besides the Founders and Trustees who are dedicated supporters of the Foundation's ideals and activities, it takes up all the memorable events of the last decade, the noble and valuable mission it always kept in mind, the successes and achievements.

At the above-mentioned conference, President E. Sylvester Vizi presented the commemorative volumes to President János Áder, Prime Minister Viktor Orbán and the speakers, while the other volumes were given as gifts to the guests present. Five hundred printed copies are distributed to the members and partners of the Foundation, you will find the PDF-version attached.