Members of Friends of Hungary Awarded by Bethlen Foundation 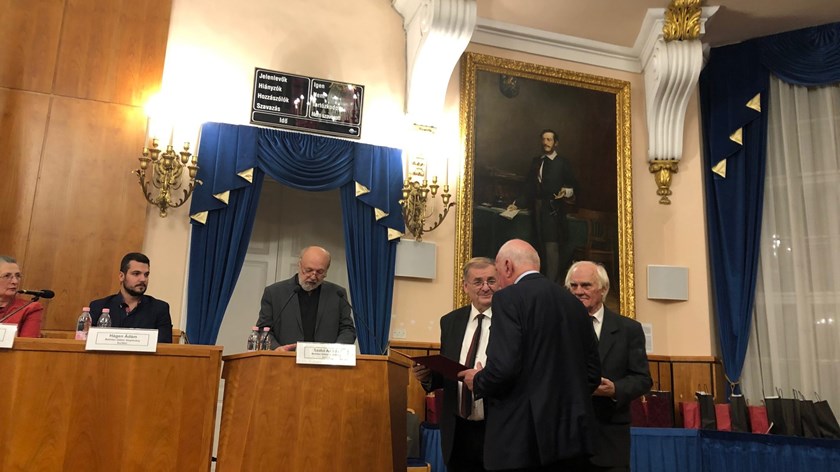 The foundation’s most prestigious prize, the Bethlen award, was given to József Komlóssy who emigrated from Sopron to Canada during the 1956 revolution. In Canada and later Switzerland, he worked and made a fortune as a forest engineer. At the same time, he worked tirelessly to protect the rights of Hungarian minorities living in the Carpathian Basin. He gave multiple speeches on minority rights at the UN, OSCE and other international organizations and was present for a number of delegations to Transylvania and Vojvodina. In his laudation speech, former Deputy Speaker of the National Assembly Sándor Lezsák highlighted Komlóssy’s role in helping to open a pedestrian border crossing in Szelmenc in 2005. In 1946, the village was surrealistically cut in two by the new Soviet-Czechoslovakian border. Later, in recognition of his merits, the village’s main street was named after him.

Éva Zabolai Csekme was awarded the Teleki Pál memorial medal for her efforts in helping Hungarian minorities. As an immigrant, Zabolai Csekme settled down in Geneva, Switzerland, and took an active part in building the Hungarian community. She worked for the World Federation of Hungarians and spent 20 years in the UN. She founded multiple groups intended to protect the rights of Hungarians living beyond the borders. She played an indispensable role in convincing the UN to officially condemn Romanian dictator Nicolae Ceaușescu’s notorious village destruction projects which harshly affected ethnic Hungarians.

In addition, the Márton Áron memorial medal was awarded to Monk Balázs Barsi OFM, chemist Dr. György Heltai and his family from Gödöllő and teacher László Pék, President of the Hungarian Teachers’ Association in Slovakia. The Tamási Áron prize was awarded to literary historian Endre Papp, the editor-in-chief of “Hitel” journal. “For the future of Szeklerland” scholarships were awarded to students Máté Boér from Sepsiszentgyörgy (Sfântu Gheorghe) and Attila Medgyesi from Barót (Baraolt).

The Bethlen Foundation was founded in 1980 by writer Gyula Illyés, poet Sándor Csoóri and widows of writer László Németh and composer Zoltán Kodály. The foundation—through material, intellectual and spiritual support, prizes and scholarships—takes a pioneering role in serving national unity, Central European intellectual cooperation, presenting and promoting the values and renowned representatives of Hungarians living beyond the borders and in the maintenance and nurture of Hungarian relations and solidarity. 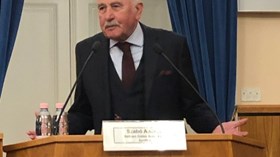 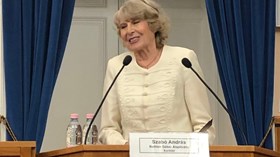