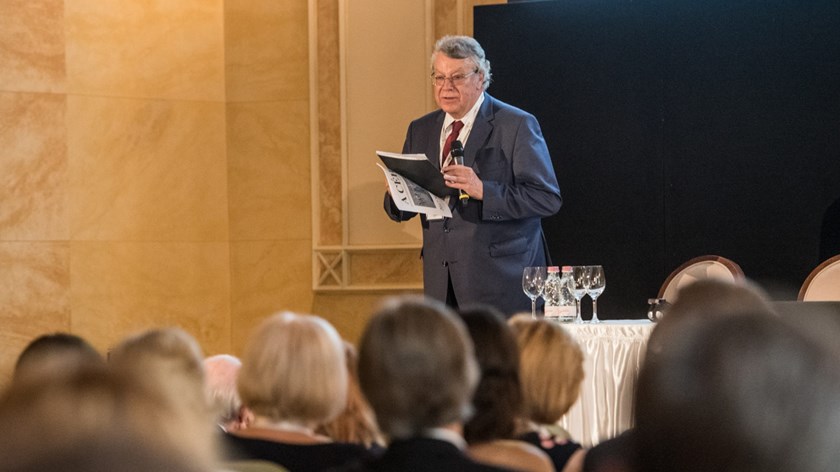 István Fodor, Member of the Board of Trustees of the Friends of Hungary Foundation, has been awarded the Prestigious Order of Merit of the Republic of Hungary on August 20

On August 20, Miklós Kásler, the Minister of Human Resources(EMMI), Gergely Gulyás, the head of the Prime Minister’s Office and Bence Rétvári, State Secretary of the EMMI, awarded state honors in celebration of the national holiday. The list of those honored can be found on government.com.

István Fodor is an electrical engineer and was awarded the Széchenyi Prize by the State of Hungary. He established the Ericsson Company’s Hungarian subsidiary in 1991, was CEO of the subsidiary until 2002, and then served as the  Chairman of the Board until 2008. Between 1998 and 2000, he was the Chairman of the Hungarian Section of The Institute of Electrical and Electronics Engineers, Inc. (IEEE). Besides being one of the founders and the former president of the Hungarian EU Enlargement Business Council (HEBC), Fodor was a member of the European Research Advisory Board between 2004 and 2007. He was also a member of the four-member Council of Sages, constituted by the former President of Hungary, László Sólyom.

He is a member of the Semmelweis University Economic Council and a former member of the Eötvös Lóránd University Economic Council. From 2010 to October 2012 he served as Chairman of the Board of Directors to the Urban Management Centre of Budapest. He was awarded the Manager of the Year Prize in 1998 and the Order of Merit of the Hungarian Republic Median Cross. He is an “honorary citizen” of Óbuda.