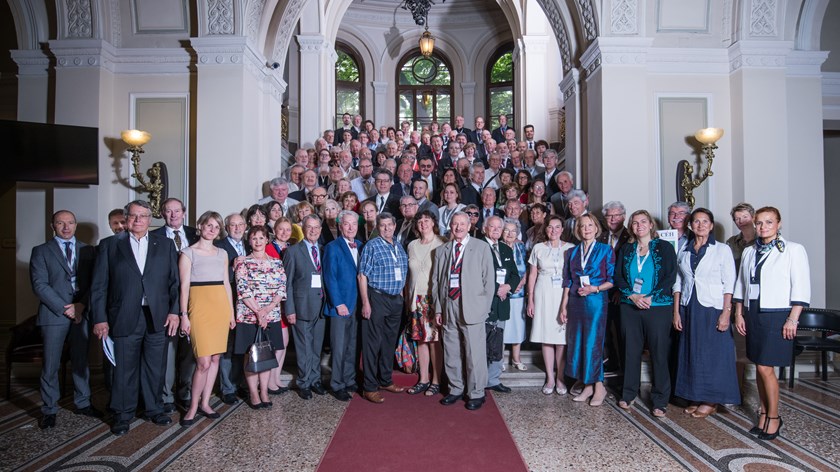 The weekend’s programs were colorful and comprehensive. Attendees could freely discuss and socialize while attending interesting and engaging events. More than 150 participants from five continents and 27 countries throughout the world were in attendance, including a world renowned chemical engineer, a successful bank director, the former Hungarian ambassador to the United States, a famous opera singer, as well as prominent journalists and academicians, all of whom payed for their own travel and lodging expenses in order to attend the conference.

Following a joint breakfast for the founders of the organization, the first day of the event was hosted in the building of the Vigadó Concert Hall, where workshop speeches began with an opening talk from István Fodor, one of the members of the Foundation’s Board of Trustees. The speeches focused primarily on the introduction of foreign Hungarian organizations and the challenges they face, as well as community-building, foreign perceptions of Hungary and the Hungarian government, and how these perceptions can be improved. The preservation of Hungarian identity was also highly emphasized, which generally presents itself as a problem in the circles of second- and third-generation families. The last program of the block was the presentation of a collection of interviews titled Vissidents by Péter Gyuricza, in which the journalist spoke with twelve people of Hungarian descent, who, decades after their own, or their ancestors’, departure from Hungary, decided to return to the country. In the wake of the success of the first volume, the author also announced that a second edition, with a new set of interviews, will be coming out soon.

Throughout the course of the weekend, participants also met with numerous representatives of the government and of large Hungarian companies; during Friday’s dinner, Gergely Gulyás, the next head of the Prime Minister’s office, and Erik Bogsch, general manager of Gedeon Richter, were also in attendance. The main speaker of Friday was Prime Minister Viktor Orbán, who spoke following a brief introduction by E. Sylvester Vizi, former President of the Academy of Sciences and the President of the Board of Trustees of the Friends of Hungary Foundation.

The second day of the conference was held at the headquarters of the Hungarian Academy of Sciences. One of the day’s most prominent events was a speech by State Secretary for Family and Youth Issues Katalin Novák, entitled “Family-Friendly Country, Family-Friendly Nation”, which focused on improving the demographic indicators of Hungary and outlined the importance of family. The speech further outlined and detailed a statement Novák had made following the elections, revealing that population and family policy will play a prominent role in the upcoming governmental cycle.

In the afternoon, after a short parliamentary visit, the Friend of Hungary Award was granted for the second time, in a new tradition of sorts, shortly before the evening’s gala banquet. This year’s awards were given to Marika Radda, President of Club Pannonia; Annamária Nagy-Heddad, Presbyter of the 90-year-old Hungarian Reformed Church in Paris; and Andrea Lauer Rice and Réka Pigniczky, creators of the Memory Project: a Hungarian Visual History Archive.

On Sunday, after a pleasant bus trip to Gödöllő, President János Áder personally welcomed and greeted participants at his residence at the Sándor Palace in the Castle District of Buda. In his speech, he said that there is more than friendship that connects the members of the foundation: it is a strong alliance of Hungarians from Hungary and abroad that crosses international borders, one that is held together by its shared interests and values. He also thanked members for protecting Hungary’s good name around the world through their work and expertise. Áder noted both the importance and the difficulty of this task, highlighting the example of famed Hungarian doctor Ignác Semmelweis (this year marks the bicentennial of his birth) in order to point out that fighting for what we consider to be important often requires stubborn consistency against “attacks” and “distortions”.

Within the framework of the “Meet your ambassador” program, US citizens were once again able to meet with David Kostelancik, the chargé d’affaires of the American Embassy, while British citizens were received at the residence of British Ambassador Iain Lindsay on Monday morning after the conclusion of the weekend’s programs. 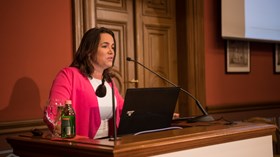 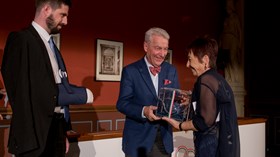 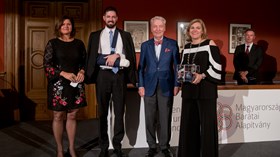 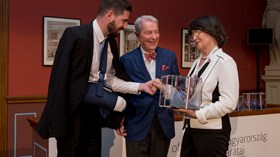 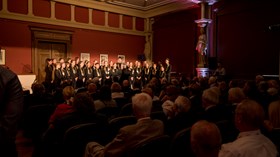 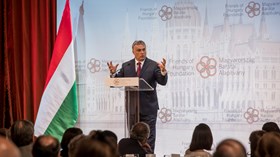 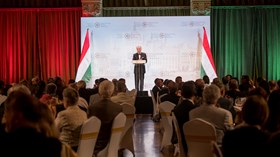