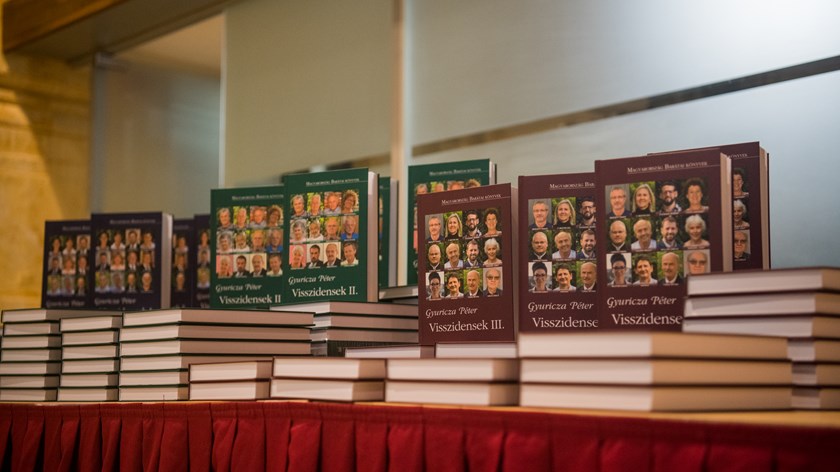 At the book presentation, E. Sylvester Vizi, Chair of the Board of Trustees of the Foundation, highlighted how good it is to be Hungarian. He stressed that Hungarians are proud not only of the 1000-year-old statehood and the language, but also its culture that brings thoughts and sentiments. He also said that those living here are indeed in the need of those living outside the borders, something that was recognized by the government as well. In reference to famous (emigrate) writer Sándor Márai, Vizi said that the language and culture serve as an adhesive between Hungarians in and outside the current borders. In addition, whoever got to know this culture, would never forget it. 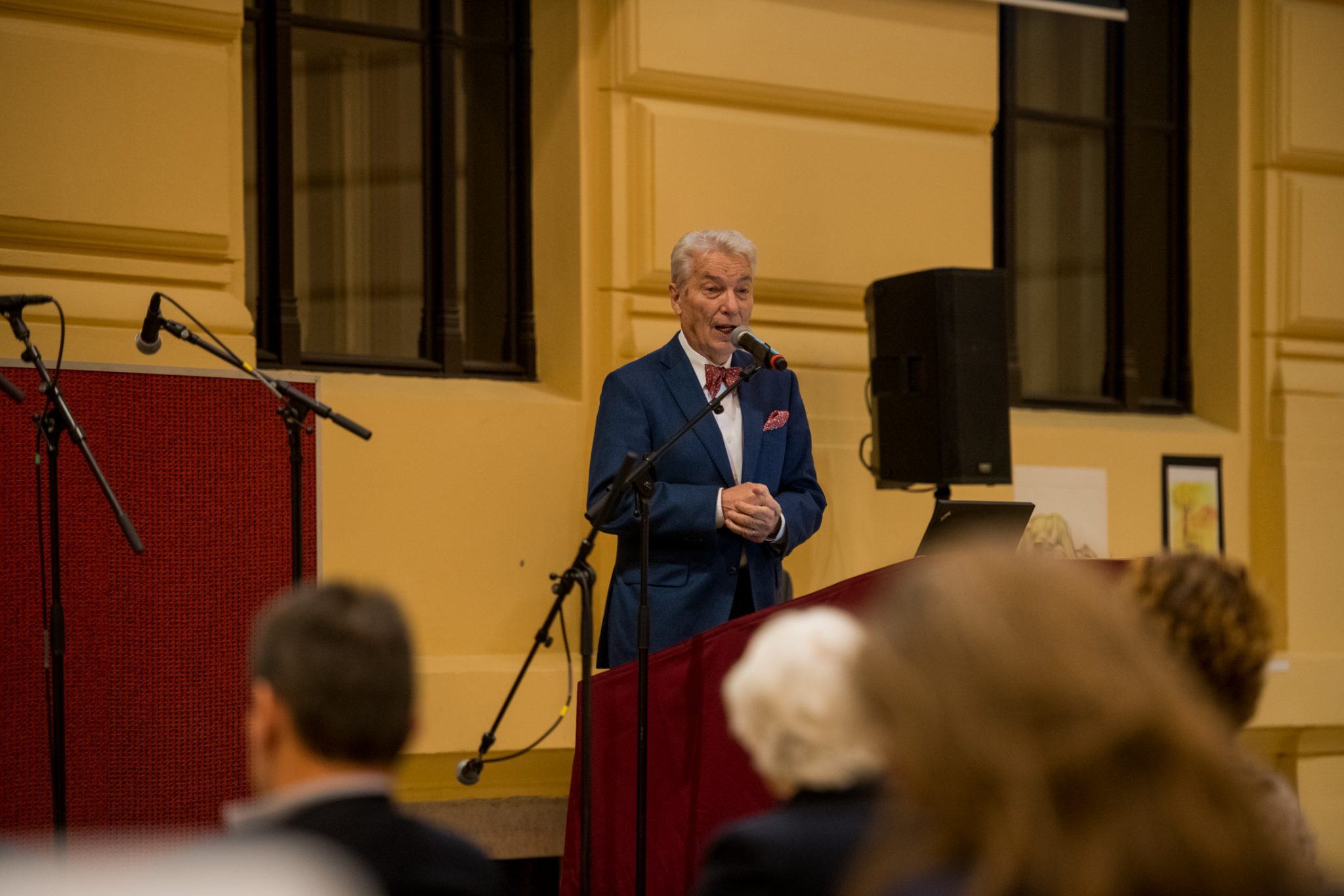 The example of these 3*12 people, who are introduced in the three volumes of the series, proves this. What is more, the (participants in the) books also serve as a confirmation that those deciding to return to Hungary can indeed find their way home and find home (here), Vizi said. 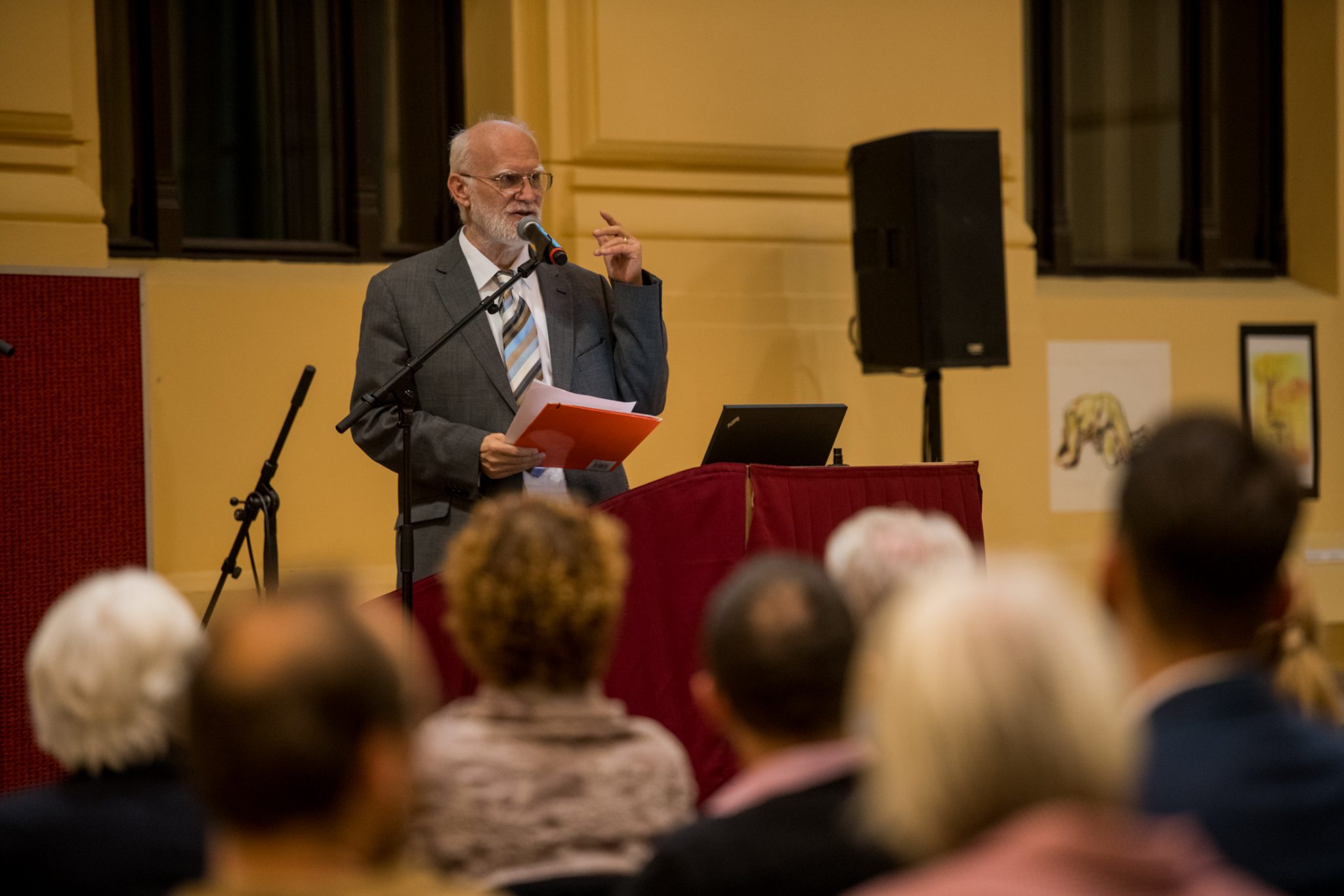 Sadly, Csaba Emődy, who was in the second book, passed away following a long illness.

Also in the past 365 days, they held a book tour, visiting Nagyvárad (Oradea), Kolozsvár (Cluj-Napoca), and Rimaszombat (Rimavská Sobota). What is more, thanks to a scholarship of the Gábor Bethlen Fund, they had the chance to spend 10 days in Canada and hold five public meetings there. Gyuricza also spoke about future prospects. Most importantly, the three books are now available to purchase in public bookshops. In addition, a selection of 12 people from the three books is planned to be published in Spanish, Portuguese, and English. 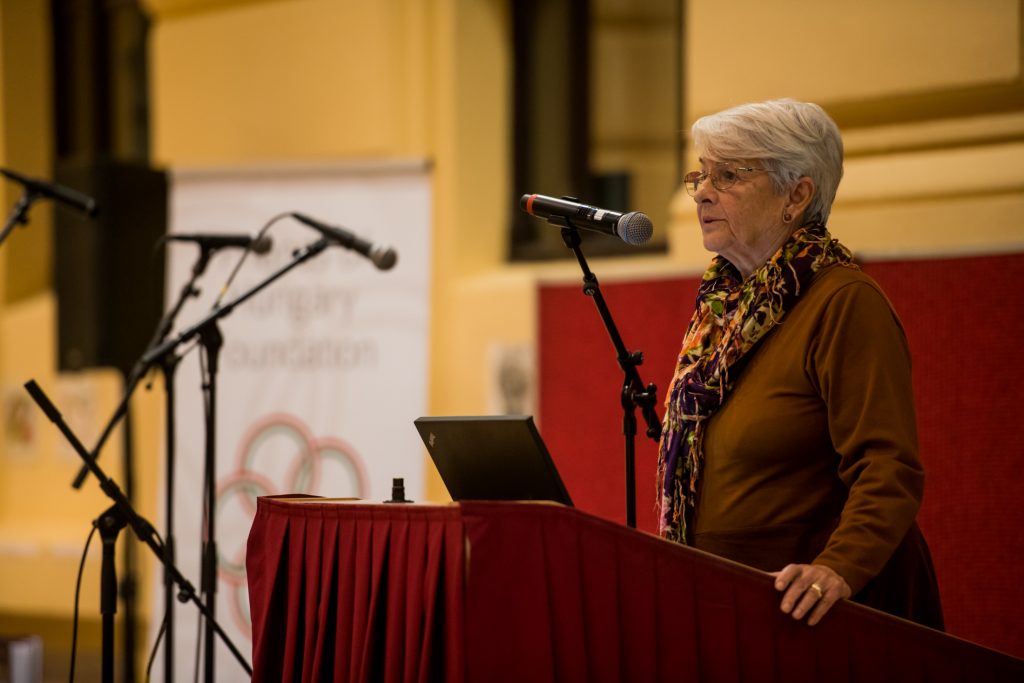 In the name of the interviewees of the last edition, writer, former actor, and ballet dancer Countess Borbála Nádasdy said that it was a great honor to be once again among the “12 apostles.” She said after having returned from France after sixty years, she eventually found the Hungarian spirit here. She now tries to be “useful” to the country and Hungarians. She highlighted the importance among those remaining to be faithful to the Hungarian heritage, and to preserve and transmit this unique language in order to keep the Hungarian culture and nation alive.

The REmigrates of the third volume

Péter Gyuricza shortly presented his twelve interviewees through a slice of the dialogue or a short personal story, occasionally interrupted by songs from Hungarian folk band dubbed BorFolk (Winefolk). 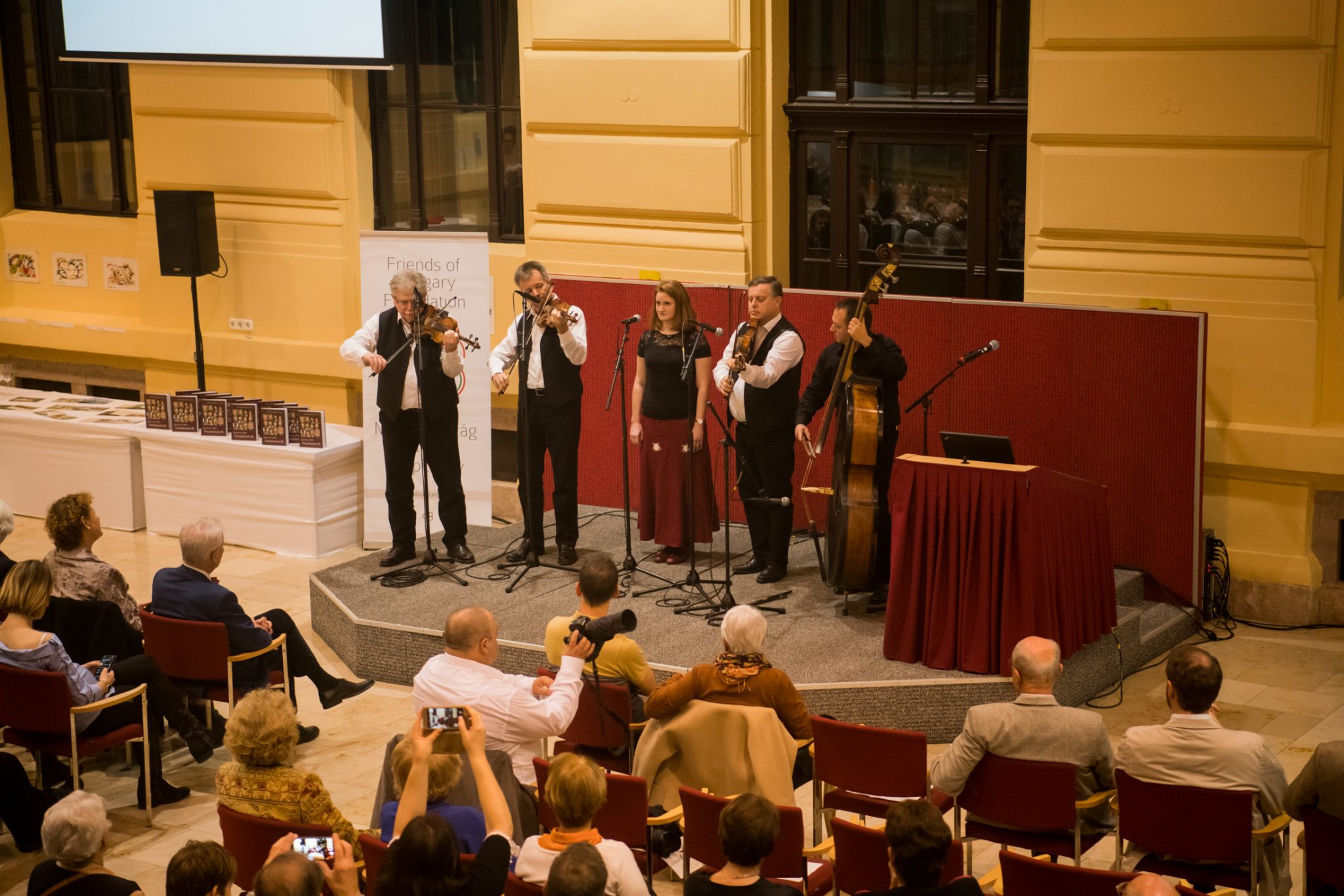 Swiss citizen and former Burg Kastl alumnus Tamás Berdefy, told Gyuricza that when he returned (employed by a German multinational company) to Hungary in 1992, everyone thought he was ‘stupid,’ but in Hungary, he could afford a much more prosperous life than in Switzerland.

Ági F. Bester was born in Belo Horizonte and returned to Hungary after having worked for 18 years at the Consulate general in the Brazilian city. She now works as a translator.

Adrián Courage claims he still has a double identity. 200 years ago, his family earned their living from the Courage English beer brand, hence the name. After university, he started to work in Germany, then moved with his enterprise to Hungary where he now translates, edits press materials, and writes about himself as the protagonist of his future book. 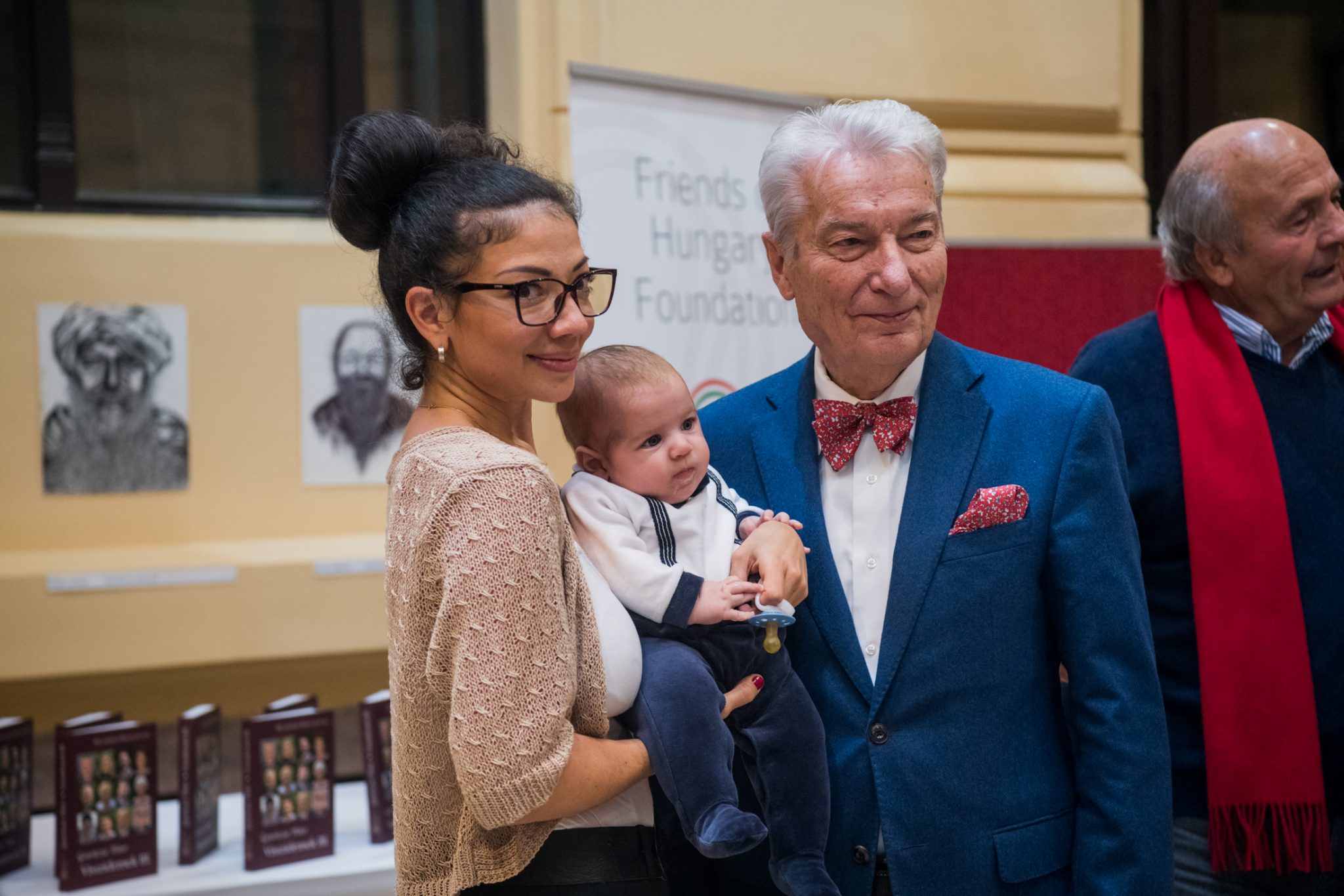 Vizi with Ildikó Richter and her baby.

Erzsébet Fóthy was born in Buenos Aires. She emphasized her gratitude to scouting as a primary source in helping in keeping her Hungarian identity, and to find her husband too.

Tamás Kardos Gábriel claimed that even though he was born in Canada, he was always raised Hungarian and was taught that his homeland was Hungary. He now lives in Zalalövő and that’s where he manages his enterprise from. 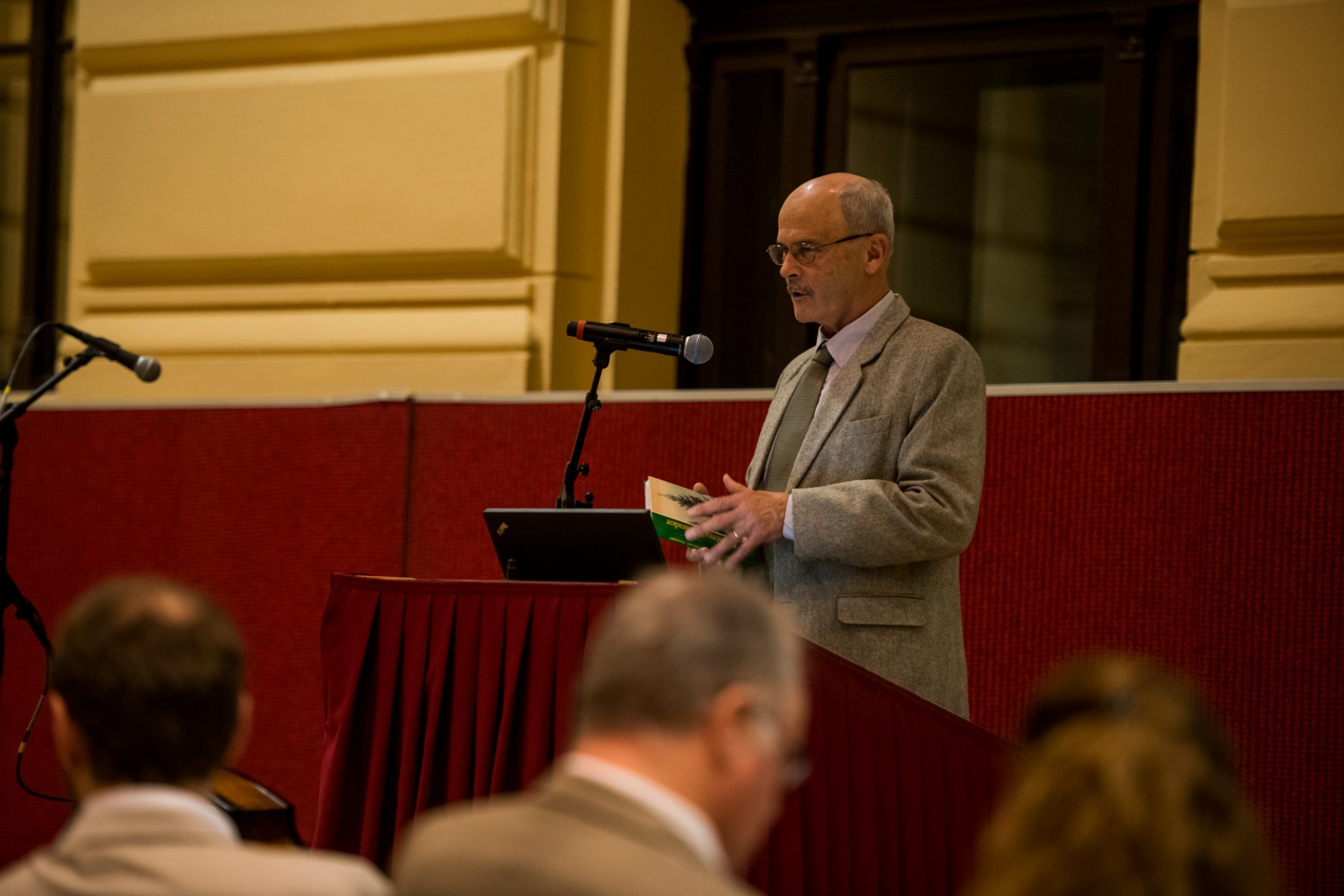 Mihály Liszkay insists that he would do everything the same as he did. Emigrating in 1956, he started off his hospitality business in the Netherlands, then soon emigrated to Canada. Now in Monoszló, he produces award-winning wines.

Carlos Müller revealed that his grandfather and father escaped Hungary at the end of the 1950s with only two suitcases. In Venezuela, initially they had a calm life, but soon politics led to the deterioration of public security and living prospects. This resulted in his escape back to Hungary with two bags, similar to his ancestors. History has repeated itself. 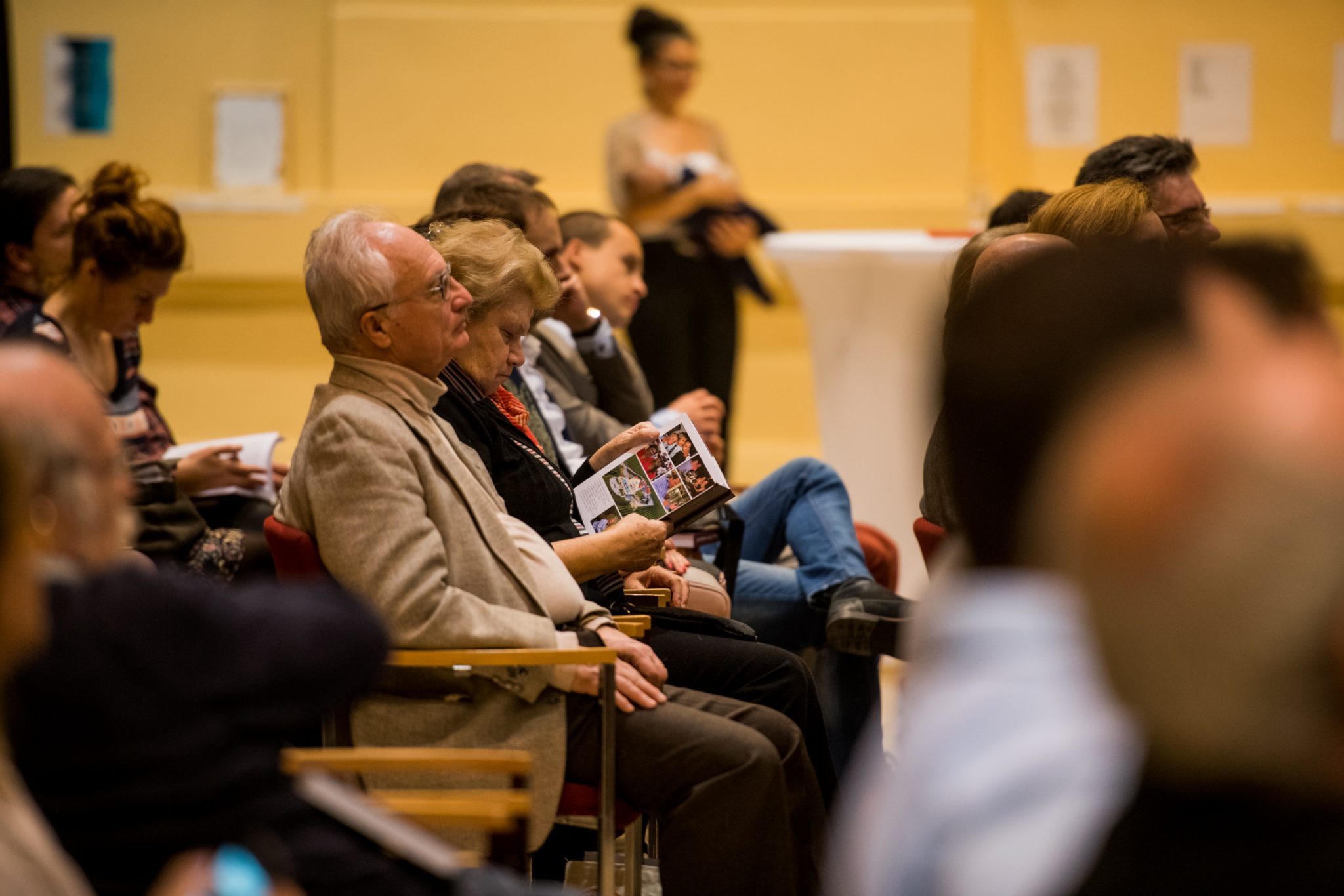 Judit Némethy Kesserű still lives in a Buenos Aires-Budapest-New York triangle. She revealed that while the parents who left Hungary were always ready to come back providing that the political system changed, their children have often become assimilated by the time of the potential return.

Ildikó Richter revealed how her grandfather brought/invited famed and important emigrant Hungarians to South Africa, where they lived, to meet and speak with the local Hungarian community, not caring about the personal financial cost. This included Ede Teller and Ottó Habsburg visiting the SA Hungarian community. 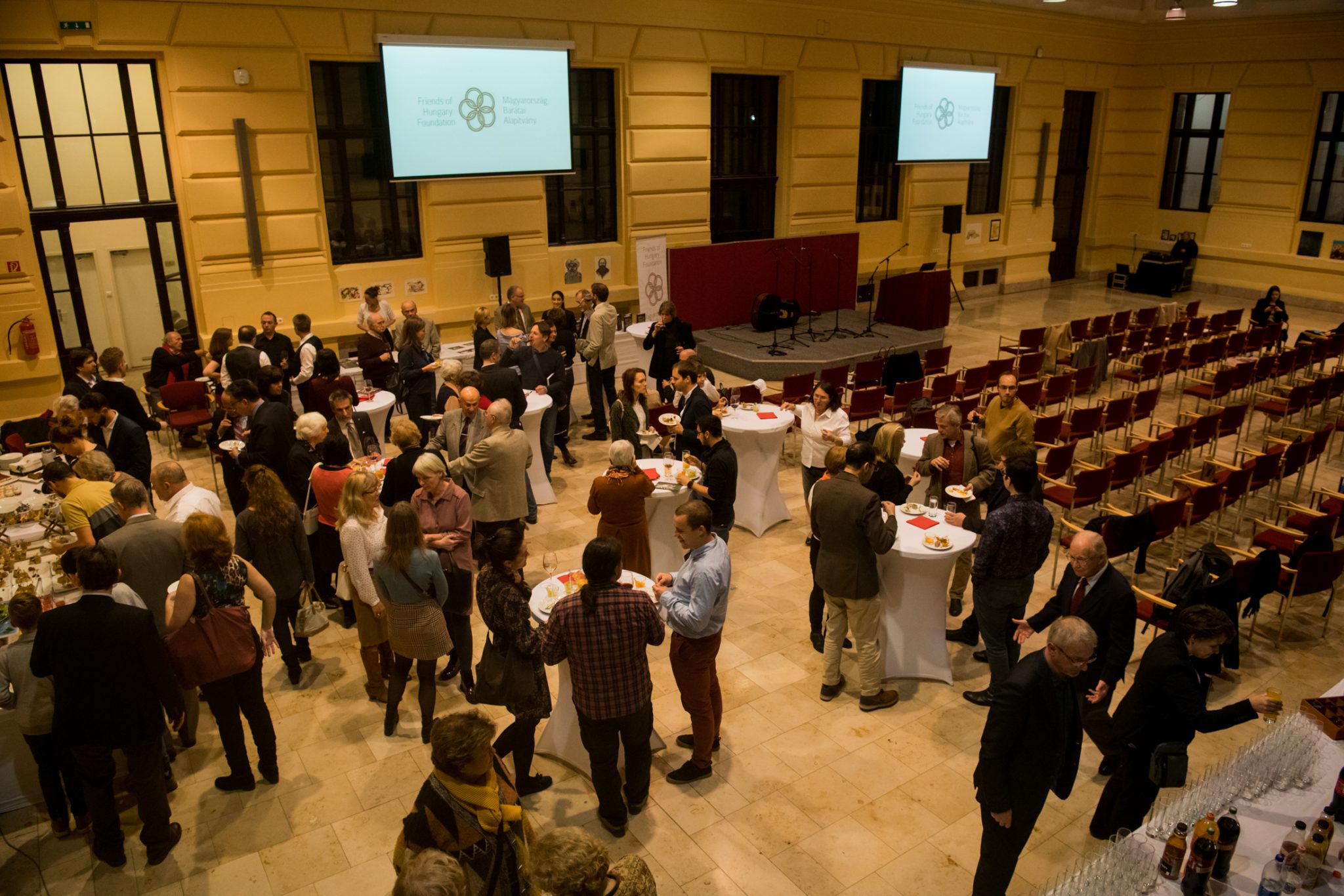 András Stevanovszky was born in Austria and returned to Hungary thanks to his career at Procter & Gamble. Gyuricza recalled a bon mot of him, saying that emigration has no future as assimilation of the following generations is inevitable, so Stevanovszky urges all Hungarians and descendants to return to Hungary because it’s the right time.

István Tőkes Junior revealed that in the US, he had never been treated differently due to his famed brother, Calvinist bishop and one of the most important personalities in the Romanian revolution and also of the Hungarian community in Romania, László Tőkés, who had been an MEP for 10 years. According to an anecdote, when he returned to Hungary most thought he was either stupid or a CIA agent, given that he worked in the US military. 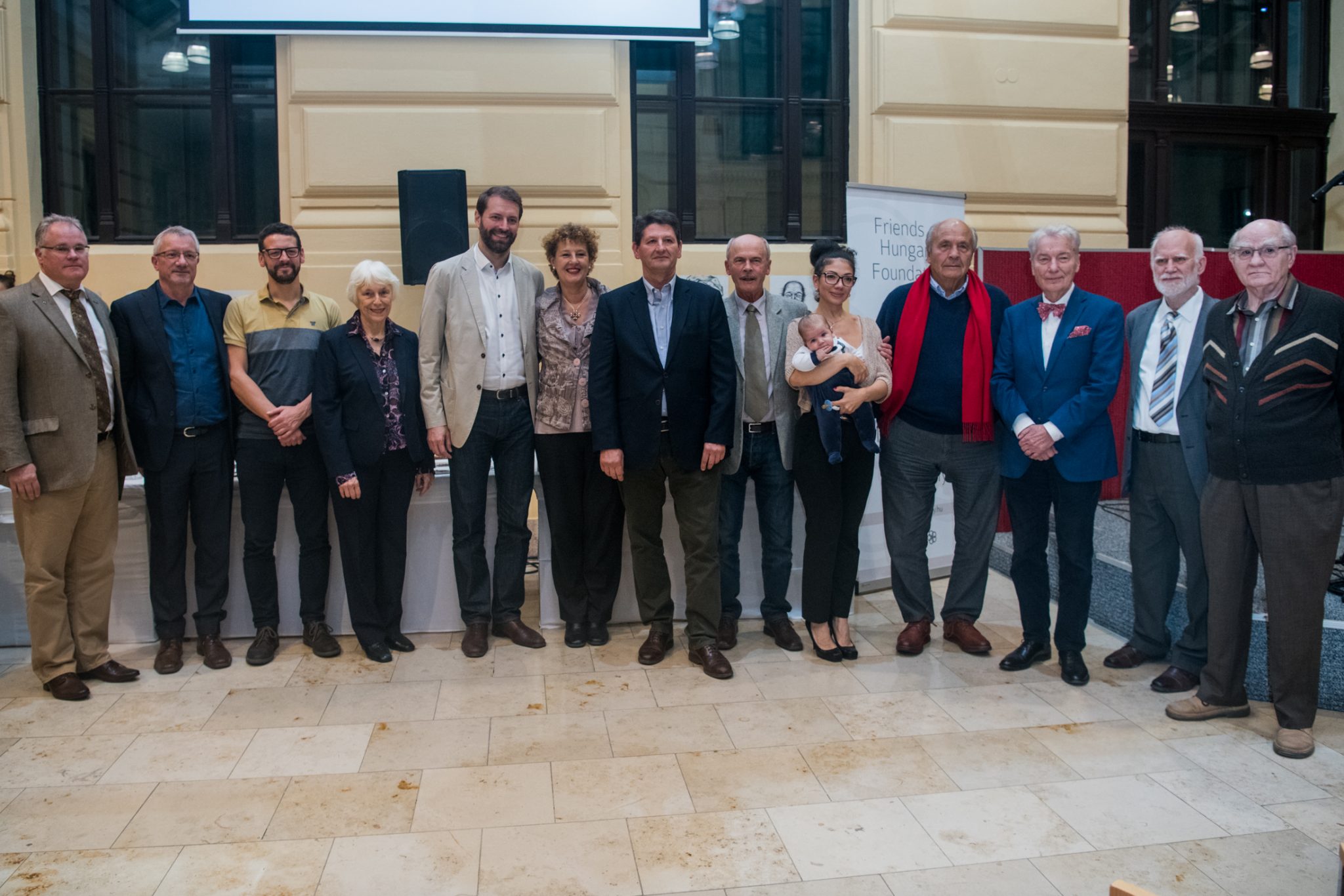 László Varjú was jailed before the 1956 Revolution, then fled to France after the conflict, but he ended up in the US, where he worked as a military doctor in the army. He retired as a Lieutenant Colonel. He went back to Igal (Somogy county), where he was mayor.