First day of the Friends of Hungary Online Conference 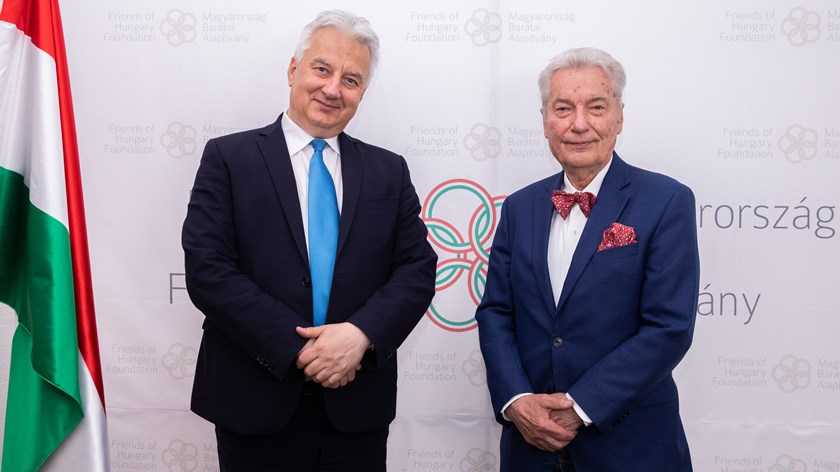 First day of the seventh Friends of Hungary Conference

Professor E. Sylvester Vizi and Deputy Prime Minister of Hungary Zsolt Semjén spoke in detail on key subjects relevant to all Hungarians. Their discussion ranged several topics spanning from the impact Hungarians have had in the fight against the coronavirus, Hungarians as a global nation, and the equal importance of maintaining Hungarian identity abroad and at home.

Professor E. Sylvester Vizi began by welcoming the many Hungarians joining the Foundation from all 5 continents of the world, who “belong to this cultural nation which is characteristic of giving much to the world in the fields of sciences, sports, and the arts.”

The foundation, now celebrating its 10th anniversary, has been growing progressively. New members are constantly joining, not only Hungarians, but even foreign citizens; politicians, scientists, and artists who admire Hungary and Hungarian culture.

The leader of the foundation described Deputy Prime Minister Semjén’s involvement in the conference as especially relevant, since he is not only responsible for supporting ethnic Hungarians in the Carpathian Basin, but those in the diaspora as well. He quoted Semjén’s statement that „the survival of Hungarian identity depends on the continued perseverance of Hungarian communities, both within Hungary’s borders and abroad.”

It is important, Professor E. Sylvester Vizi said, “for the world to recognize the success of Hungarians, as it is just as important for the success of Hungarians globally be introduced at home.” The professor voiced how proud the Foundation is of the many Hungarians around the world who maintain or support Hungarian identity around the world. It is proud of Katalin Karikó, the Hungarian biochemist to whom we can be grateful for the vaccination of hundreds of millions of people.

Deputy Prime Minister Zsolt Semjén addressed the Friends of Hungary Foundation by first referring to the base philosophy of nation politics, which views every nation as “a singular and unrepeatable asset.” Hungary’s primary goal is to defend its identity, an asset that can ultimately only be given to humanity by Hungarians. Therefore, Semjén said, “anything that truncates the existence of a nation ultimately truncates the universal wealth of humanity’s assets.”

There are two ideologies which go against the concept of the nation, Semjén said. These are internationalism and Chauvinism, both damaging to nationality in different ways. While internationalism removes the nation from humanity, chauvinism denigrates other nations by challenging their right to exist.

The deputy prime minister listed notable institutions, such as the Gábor Bethlen Fund, the Sándor Kőrösi Csoma Program, and the Petőfi Program which help maintain Hungarian identity in the Carpathian Basin and in the diaspora. This state involvement resulted in the building of 1000 kindergartens for Hungarians in the Carpathian Basin, the consistent funding of the Sapientia Hungarian University of Transylvania and maintaining a constant flow of Hungarian students on scholarships to help diaspora communities.

Ethnic Hungarian autonomy was also a subject which Semjén touched on, asking that if other ethnicities, such as the Tyroleans, can have autonomy, why shouldn’t the Szeklers? These questions of Hungary’s ethnic sovereignty, as well as providing Hungarians abroad with Hungarian citizenship, are of special relevance to the government, Semjén said, since, following the concept of the global nation, all Hungarians deserve to be held in equal regard. This subject, according to Semjén, is not dealt with properly in the European Union, where certain minority rights (such asthose of the LGBTQ community) are held with more importance than those of national or religious minorities.

„Our job is to never give up. (…) we will continue to bring up the rights of national minorities.”

Semjén concluded his speech by emphasizing that all Hungarians around the world will always be able to count on Hungary, no matter what happens.

Following his speech, members of the Foundation asked various questions to the deputy prime minister, involving Hungarian sovereignty, immunity certificates to all Hungarians, and the return of diaspora Hungarians to Hungary.

President János Áder addressed the Friends of Hungary Foundation in a video message, starting his speech by quoting Pope Francis’ statement that a person comes out of a crisis changed, either for better or for worse.

Áder noted that this was the second year in a row that it was not possible for him to personally meet the members of the Friends of Hungary community. The day-to-day changes of the pandemic have taught us to become adaptable in order to overcome greater problems, he said, adding that many have complained about the virus still being an issue in 2021, having to cancel events, modify plans, postpone travel, and rethink opportunities.

Áder emphasized that actually, the situation is much more promising than many may think, as the vaccines were developed significantly faster than expected. The vaccines came as “a light at the end of the tunnel,” newer virus variants led to an even stronger, even deadlier third wave. Hungary’s vaccination rate, alongside promising statistics, indicates that we will soon reach the milestone from where our road only leads to overcoming the pandemic. This is far more promising, Áder said, than the uncertainty that has ruled the past year.

The president specifically referred to one of Karikó’s interviews where she said that her ability to find solutions to the obstacles faced in her most difficult times depended on herself, her knowledge, and her perseverance.

Professor E. Sylvester Vizi introduced the winners of the Friend of Hungary award, given to notable people in the community, chosen by the community for their exceptional work in strengthening the Hungarian diaspora. This year Anikó Gáal-Schott, the bridge between Washington and Hungary, Zsuzsánna Haynalné Kesserű, a journalist responsible for the protection of Hungarian media and culture in Argentina, and the “Europa”-Club, a cultural center for Viennese Hungarians received the prestigious award. 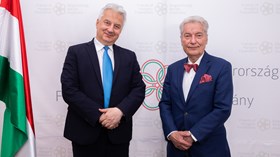 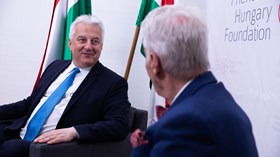 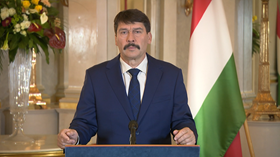