András Smuk, President of the “Europa” Club in Vienna, Passes Away 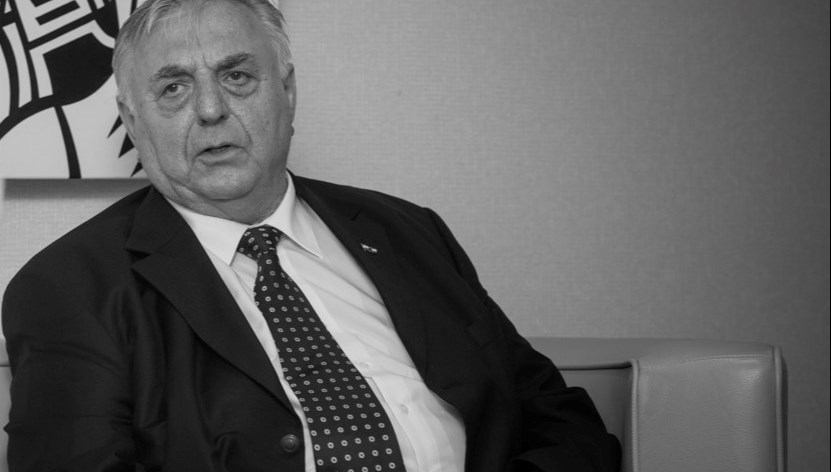 András Smuk, president of the “Europa” Club in Vienna, passed away on January 12 at the age of 75.  Fled to Austria with his family as a child, he worked for the Hungarian community in Austria, for keeping the memory of the 1956 revolution alive, and for the preservation of Hungarian identity for almost half a century.

András Smuk was born in 1947 in Pusztasomorja, near the Austro-Hungarian border. After his family’s land was nationalized, his father fled to Austria in 1952 to escape the threat of communist rule.

When the Hungarian Revolution broke out in 1956, his father returned home, but after the revolution was crushed, he was forced to flee again, but this time he left Hungary for Austria with his entire family, including 9-year-old András.

He later recalled that “we have experienced two world wars, we participated in both of them and we came out of them as losers. As a result, the country was destroyed, there was a great loss of people and a great loss of land. But the nation recovered”.

Patriotism was the main contributor to this. Only people who think nationally can build and maintain a country,

András Smuk attended a Hungarian high schools in Innsbruck and Burg Kastl, and then earned a diploma and a doctorate in geology and petrology at the University of Vienna. Until his retirement, he worked in the field of natural gas exploration.

“What was implanted in my soul at Burg Kastl is still with me today as a legacy. It was nothing but love for the Hungarian nation, respect for the Hungarian culture and language. These are the values I want to pass on to the generations after me, as well as my experience that it is not enough to be a great Hungarian as an individual, but that you have to work as a community”, he later recalled.

For almost 50 years, he served the Hungarian cause in Austria in various capacities. As an official of the Central Association, he was actively involved in the struggle for state recognition of the Hungarian community in Vienna in the 1980s.

The “Europa” Club, the cultural center of Hungarians in Vienna, was founded in 1964 by young Hungarians who had fled to Vienna after the 1956 revolution. The young Hungarian refugees wanted to establish a community of like-minded people in Austria in order to overcome the language barrier, which was a prerequisite for their naturalization in Austria. As early as 1967, the focus shifted from the function of an entertainment venue to the defense, preservation and maintenance of the historical and cultural values of Hungarians. Today, the “Europa” Club still plays an important role in preserving Hungarian culture and identity in Vienna by organizing community and cultural events for the Hungarian diaspora in Austria.

Since 1970, András Smuk has been actively involved in the work of Hungarian clubs in Austria, where he has continuously worked to ensure that Hungarians living in Austria do not lose their roots and can preserve and maintain their culture.

The concept of homeland means roots and living space, where one was born and grew up. The mother tongue determines the rest of your life. Wherever life takes you in the world, the place of your birth where you grew up always comes to mind when you think of it, and your heart is filled with warmth and longing to return.

On April 25, 2009, András Smuk was awarded the Monarch Arpád Prize (Árpád fejedelem-díj) at a gala event celebrating the 45th anniversary of the “Europe” Club. On April 17, 2013 he received the Hungarian Order of Merit, the Hungarian Cross of Honor. In 2017, he was awarded the Centrope Prize for his work in promoting cross-border relations and outstanding community work with Central European regions. In 2021, the “Europe” Club received the Friend of Hungary Award from the Friends of Hungary Foundation. András Smuk himself was a member of the Friends of Hungary Foundation, the publisher of our news portals.